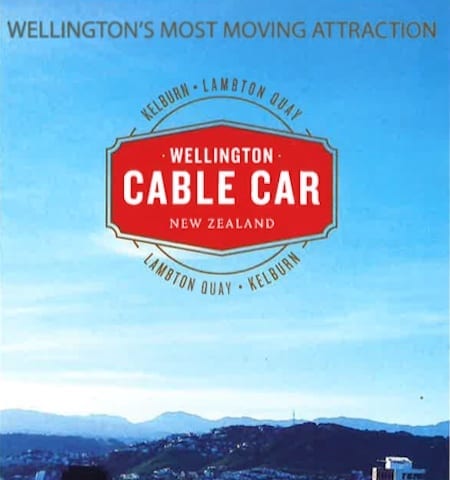 Martin Kennedy, a successful Wellington businessman is credited with the original idea. He managed to persuade the Upland Estate Company to include it in their plans for the new suburb of Kelburn. The Cable Car was designed by James Fulton, who also surveyed and set out the Kelburn suburb

For 117 years now locals and visitors alike have taken the historic trip on the Wellington Cable Car enjoying the dramatic views of Wellington’s growing cityscape and the surrounding hills that define Wellington’s harbour. It offers a charming escape from the busy city streets to the tree lined walkways of the Botanic Gardens.

There is simply no better way to experience the hidden charm that Wellington has to offer than to take this 5-minute ride from the heart of city center, up through the hillside terraced houses of Kelburn to the lookout perched high above the city. The Cable Car provides easy access to the Botanic Garden, Cable Car Museum, Space Place (at Carter Observatory) and Zealandia (via free shuttle).

JMA Decorators Project Manager Jamie Bryant along with his assistant Chris Vera have been busy ‘beneath the scenes’ blasting; cleaning and painting the integral steel support structure along with aesthetic elements to ensure continued enjoyment of this iconic Wellington Landmark for future generations.